The competition is open to flutists of all nationalities and academic backgrounds who have not yet reached the age of 35 on 30th September of 2019 (i.e. they must be born after 30th September 1984).

See How To Apply.

30,000 Japanese Yen
The registration fee is not refundable unless the competition is cancelled.

Accommodation fees, travel expenses, and any other costs to attend the competition must be paid by the contestant.

A certificate of acceptance will be sent from the secretariat of the Japan Woodwind Competition after we confirm all application documents and registration fee has arrived.

The order of performance of the first round will be drawn by lot. All contestants will receive a performing-order-card after the registration is closed.

Contestants will have a piano room for rehearsal with accompanists. Time slots for the rehearsal will be assigned by the organizer.

By participating in the competition, the contestants cede all rights listed below to the organizer of the Japan Woodwind Competition.

This cession of rights applies to performances during the competition and to the laureates’ concerts.

All the rounds of the competition are public.

By applying the competition, each contestant consents to the use of his/her academic background, age and photos for the purposes of the promotion of the competition.

Each contestant must bring his/her performing-order-card and present it at the reception.

Contestants must be around the venue during the rounds. Being late for his/her performance time may be regarded as default.

The order of performance in every round is determined by drawing lots.

Candidates for the next round will be announced at the venue at the end of each round.

An award-giving ceremony will be held at the venue as the final winner announced by the jury committee after the performances.

The laureates are requested to take part in concerts and recitals(laureates’s concert) arranged by the organizer of the competition held later, typically within a year.

The original language of these rules is Japanese. In the event of disputes, the Japanese text will be considered legally binding. 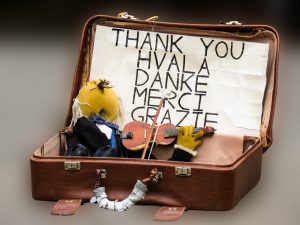